Keeping cool during hot days can make your premises much more comfortable to spend time in. Air conditioning has become a necessity in many homes and businesses, allowing people to cool off from the hot and humid summer air.

There are different types of air conditioning systems that are used in homes and buildings. It is important to know the options that are out there in order to make the right decisions for your premises. Contractors will often deal with any or all of these systems, and if you're knowledgeable of your options, you can work with them to install a unit that serves you best.

Designed to cool single rooms, window ACs are a popular option in smaller homes and apartments. The unit is normally installed in the window, and all its components are housed in a single enclosure. The important components of an air conditioning unit include the following:

All these components work together to generate cool air while expelling warm air from the room.

A split air conditioner is a two-part unit that can be used to cool one or two rooms. By being separated into two parts, it can cool a larger area without taking a lot of interior space. The outside component consists of the compressor, expansion valve and condenser. These are the bulkier components that expel warm air from the room and cool the incoming air to the required temperature.

The indoor unit consists of the smaller evaporator coil and cooling fan which propel and circulate cool air throughout the room.

Central air conditioning systems utilize a series of air ducts and ventilation channels to pump cool air into multiple rooms. They are the go-to option for homes and commercial premises. Central air operates by having a large compressor with the capacity to generate large amounts of cool air.

In order to control their functions, a thermostat is installed with multiple controls that can turn the unit on/off or change the desired air temperature. Contact an air conditioning installation expert to learn more. 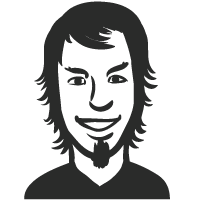 Howdy! I'm Hank and I am writing this blog so I can give you the lowdown on the cheapest and most effective ways you can heat or cool your home. I'm not a trained HVAC contractor but my brother is. Last year, I called up my brother and asked him to drive over and install a new HVAC system in my property. The old system wasn't cooling or warming my house and it was making a strange noise. During the installation, my brother gave me lots of great advice and explained exactly what he was doing at each step. I hope you find this information useful.